Beautiful Italy, that’s how the Italians often call their country- “Bella Italia”. A country so full ofart treasures, trendy fashion, stunning landscapes, passionate people and top-class cuisine.Located on the Italian Peninsula in Southern Europe, and on the two largest islands in the Mediterranean Sea, Sicily and Sardinia.
Italian culture is extraordinarily rich and is recognised and celebrated across the world. Along with the world’s best loved cuisines, Italy is a perfect destination for foodies. Pizza and pasta are adored the world over. Whether you dine in Michelin-starred restaurants or rustic canteens, expect to be constantly surprised by the range and variety of fresh ingredients. Every city, town and village has its own local story to tell. 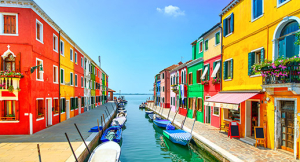 Venice, the city of Romance. What is more romantic than gliding through the grand canal with a singing gondolier to guide your journey. Share your beautiful moment as you glide under the ornate Rialto Bridge. The Doge’s Palace, which is beautifully featured with art and architectural details by some of Italy’s greatest artists and is one of Venice’s landmark historic building, which is a must-see. Be sure to cross the Bridge with sigh that connects the palace with the prison. Nearby is the famous Saint Mark’s Basilica. Spend some time here. 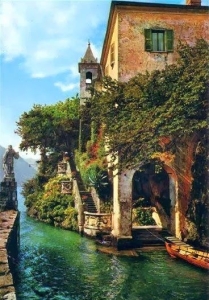 Of course, you don’t want to miss the Leaning tower of Pisa that makes an excellent stopover. The tower began leaning even before construction was completed 200 years after it started in the 12th century.

Florence, known as the cradle of the Renaissance, is home to most of the astonishing art in the world. You will just fall in love with the art you will see around- Uffizi, the Bargello and the library at San Lorenzo.
There is an Italian Lake district that stretches across Northern Italy. The Italian lakes combine good weather and attractive scenery. Further to this, there is a largest island in the Mediterranean Sea, Sicily which is an autonomous region of Italy.
Nearly destroyed from heavy bombing during World War II, Milan has since reconstructed and now shines as one of the wealthiest cities in Europe. Milan widely regarded as a mega fashion centre, the city also attracts many to its surviving world famous treasures like Leonardo da Vinci’s painting, The Last Supper, the La Scala Opera House, the Castello Sforzesco and one of the world’s largest Gothic cathedral. 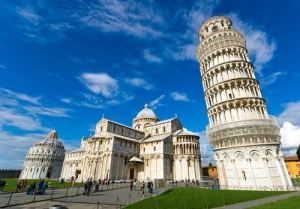 Tuscany, Italy’s most famous region with beautiful rolling hills, olive groves, vineyards and cypress trees. Amalfi Coast- Stretching 30 miles along the southern side of the Sorrento Peninsula, the Amalfi Coast is prized for its picturesque coastline that features shimmering bays, craggy cliffs, lemon tree gardens, multicoloured villas and ritzy resorts. Pompeii is a famous Roman city, a walk along the ancient street will give a sight of everyday life of ancient Roman World. And off course Rome, the capital city of Italy. Located in the country’s central region of Lazio, Rome is a vast and complex city that is both historic and modern at the same time. Best known for housing ancient Roman structures and the Vatican City.
There’s a lot that Italy offers to the world, it will indeed take a life to experience. But why not start with a small step?That’s what they say- When you want to peep through the history and when you want to feel the love in the air come to Italy!! Because this is the place where romance shapes into a bonding. 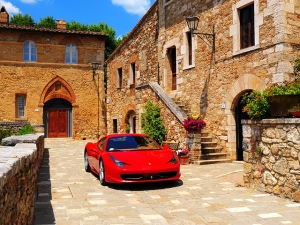