The day of the crucifixion of Jesus was an incredible day in history. Early in the morning Jesus was transferred from Caiaphas, the Jewish High Priest, to Pontius Pilate, the Roman military governor. When Pilate learned that Jesus was from Galilee, he sent Him to Herod Antipas. Herod quickly sent Him back to Pilate. Under pressure from the religious leaders, Pilate delivered Jesus to be crucified.
For centuries, Christian pilgrims have come to Jerusalem to retrace the last hours of Jesus’ life, walking the traditional stations of the cross on the Via Dolorosa — or way of suffering. The Via Dolorosa is a street within the Old City of Jerusalem, held to be the path that Jesus walked on the way to his crucifixion
A weekly procession along the Via Dolorosa is led by Franciscans at 3pm on Fridays, which is approximately the time and day of the original events. The procession begins at the Pilgrims’ Reception Centre, about 300m inside the Lions’ Gate in the Muslim Quarter. Joining this is perhaps the best way to experience the full devotional atmosphere of the pilgrimage.
The most popular time to follow the Via Dolorosa is during Holy Week, when thousands of pilgrims, led by Franciscans, follow the route to the crucifixion.
The route of the Via Dolorosa begins near the Lions’ Gate in the Muslim Quarter and ends at the Church of the Holy Sepulchre in the Christian Quarter, covering 500 meters and incorporating 14 Stations of the Cross. 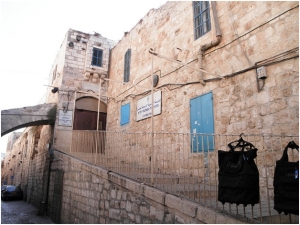 Station 1 is Jesus’ condemnation by Pontius Pilate. It is believed that it was here where Jesus was condemned to death by Pilate. 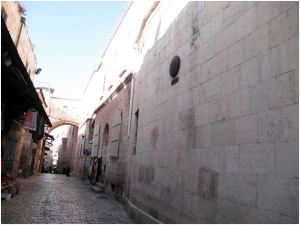 Station 2 is where Pontius Pilate gave his famous Ecce Homo, Behold the Man, speech, bound Christ, placed thorns atop his head and gave him his cross. 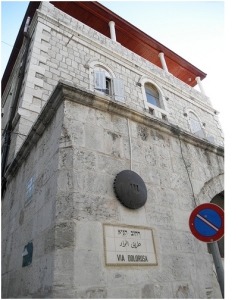 Station 3 is where Jesus fell for the first time under the weight of his cross. 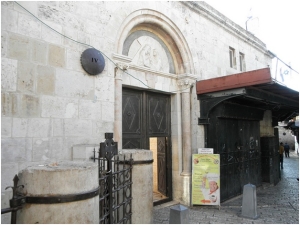 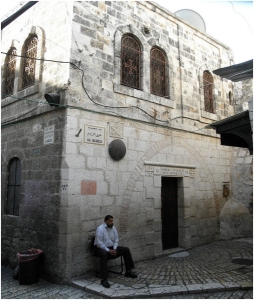 At Station 5, Simon of Cyrene was forced by Roman soldiers to help Jesus carry his cross. At the fifth station pilgrims lay their hands where they believe Jesus rested his hand. 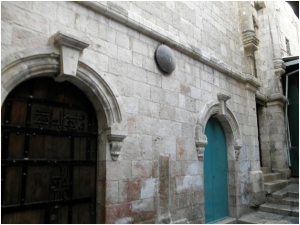 At the top of a steep hill is Station 6, where, according to a tradition dating from the 14th century, St. Veronica wiped Jesus’ face with her handkerchief, leaving an image of his face imprinted on the cloth. The relic, known as the Sudarium or Veronica, is kept at St. Peter’s Basilica in Rome. 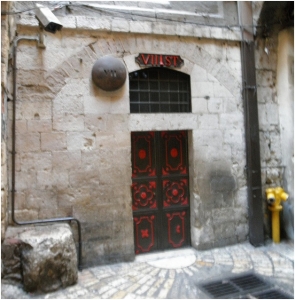 At Station 7, Jesus fell for a second time.

Station 8 is the place where Jesus consoled the lamenting women of Jerusalem and gave them a sermon. 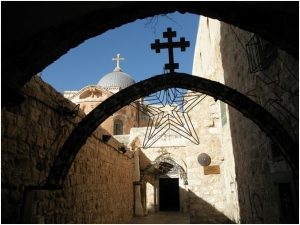 Station 9 is at the Coptic Patriarchate next to the Church of the Holy Sepulchre. Here, a Roman pillar marks the site of Jesus’ third fall 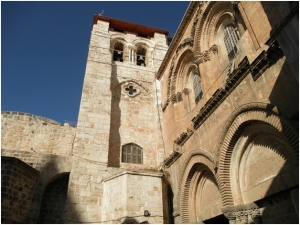 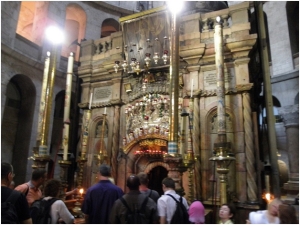 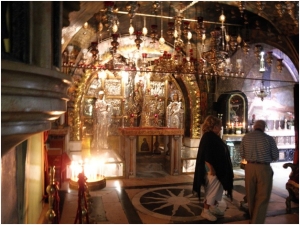