Mathura is the blessed town along the Yamuna River where Lord Krishna as a child lived till age 14 years before he left for Dwarka. The Braj Vaasis (people of Brindavan) of Mathura still live in his memory and love and there are many places that still remain undiscovered. It is an enchanting scene to imagine the little “Kanhaiyya” playing with his cowherd friends along the banks of the Yamuna River and the then gardens and forests of Brindavan. Let us explore a few such spots that reel with the Lord’s love and grace. 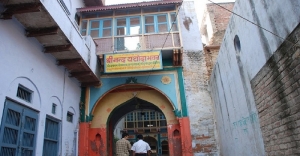 In Gokul
Gokul is the place where Yashodha Maiyya brought up her favourite Kanha. It is 15 km south-east of Mathura. The house where Kanha and big brother Balaram grew up is famously known as Nand Bhavan, and it still exists!! It is believed that the divine Architect Vishwakarma had built Nanda Bhavan some 5000 years ago. It is located on a hill, and belonged to Nanda, foster father of Lord Krishna. People say that one can reach Gokul only if the Lord gives a call. Usually visitors go to the main temples of Brindavan and Mathura, and only a few land up in the quaint village of Krishna. 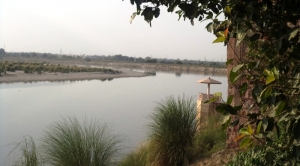 The banks of River Yamuna : While in Gokul one must stroll along the banks of the Yamuna where The Lord had spent many hours playing with His cowherd friends. With love and devotion in the heart one may experience something if the Lord wishes.

Vallabhacharya one of the pioneers of Bhakti movement had a vision of Lord Krishna. Krishna gave him the Brahma Sambandha, a mantra of self-dedication to Krishna. He visited Gokul with an intention to restore people to the right path of devotion. He fell in love with the beauty of Gokul and often used to sit beside the River Yamuna and read the holy epic Shrimad Bhagavatam. Thakurani Ghat is a popular Ghat in Gokul where Shri Vallabhacharya received Darshan of Shri Yamuna Maharani. The followers of Lord Vishnu especially those from the Vallabha Sampraday hold this place in very high regard even today. 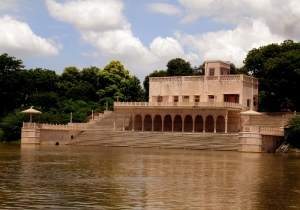 Brahmaand Ghat is the place where little Kanhaiyya ate mud from the river bank. On being scolded by Mother Yashodha he opened his mouth and to her disbelief she saw the entire Universe inside his mouth! There is a beautiful temple of Brahmaand Bihari on this ghat and one cantake a dip into the blissful waters of the river. 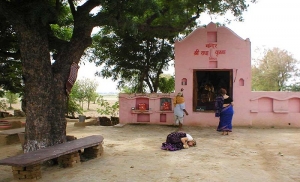 Mahaban is the little mound where the Lord used to sit with his friends joyously as the cows surrounded him from all sides. 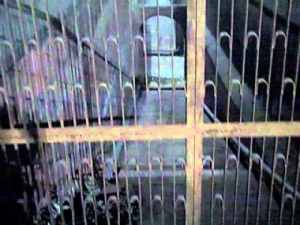 Dwarkadhish Temple:
Lord Krishna was born in a stone walled prison cell to Devaki who along with her husband were imprisoned by the cruel King Kamsa in Brindavan. The stone walled cell still exists and a Temple has been built around it and is famously known as the Dwarkadhish Temple. The prison forms the temple’s “Garbha Griha” or sanctum sanitoriam. Many statues and sculptures of the by-gone era have been found by excavating this site. The lord’s umbilical cord is believed to be buried somewhere there. 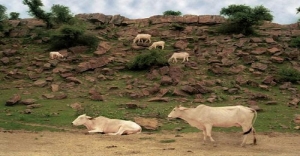 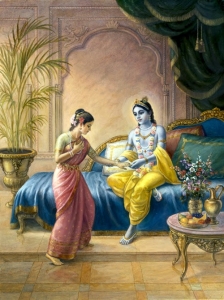 Kubja’s Well
Kubja’s Well is a divinely charged spot in Brindavan. Here Kubja, a hunched back lady met Lord Krishna and fell in love with him. Kubja was a servant of King Kamsa and she was taking sandalwood pulp for the King. Seeing Krishna she offered the sandalwood pulp to him with love and devotion. Lord Krishna was touched by her devotion and cured her of her physical deformity and made her into a beautiful woman, even more beautiful than the heavenly “apsaras”. Thus, unfolded Kubja’s love story with the Lord. After Krishna killed Kamsa and reestablished Ugrasena on the throne of Mathura, He went with Uddhava to Kubja’s house to satisfy her longing for the lord and at the same time purified and converted her into a pure devotee. Kubja’s well is a special spot not to be missed especially if one is keen on experiencing the energy of the place. 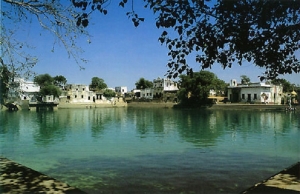 Radha Kund
When Lord Krishna killed the Asura, Aristasura who had the form of a bull, Radhaji suggested that the lord must repent by taking a dip into the holy waters. Hence, the Lord hit the earth with his heel and there appeared all the holy waters of the world. In a competitive spirit, Radhaji and her Gopi friends also dug the ground with their bangles to create a kund where holy waters could flow. The kund created by Lord Krishna was known by the name Shyama Kund and the other kund made by Radhaji and the Gopis came to be known as Radha Kund. The knowledge of these kunds was lost for the past 5000 years until Shri Chaitanyya Mahaprabhu spotted these and many other areas in Brindaban.